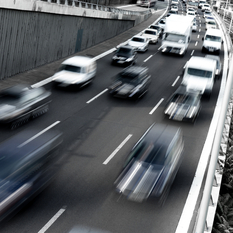 Photo radar has only been allowed in Saskatchewan in highway construction zones, but that changes on June 27 this summer. A new series of rules are being applied with hopes to strengthen traffic enforcement within the province.

The exact date has not been given, but the photo radar will arrive this summer. It will be installed on the Ring Road in Regina, Circle Drive in Saskatoon, and at the intersection of Highway 1 and Ninth Avenue in Moose Jaw.

For a short period of time warning letters will be mailed out to people caught speeding. After that speeders will be ticketed for the two-year enforcement period in order to deter those tempted to drive at excessive speeds. The length of the warning period will not be specified so be aware that tickets could start coming at any time. There is a chance that you will be ticketed before getting a warning letter.

Other big changes coming on June 27th include:

New rules for motorcycle safety are also coming into play this summer.